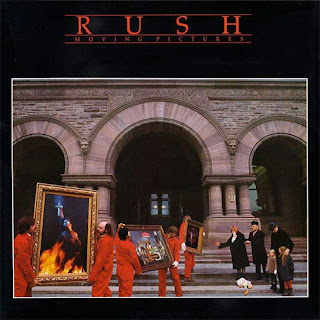 Just a few short days after the Sharon Jones concert I went to another concert. This time it was with a group of about 10 people, a much bigger venue (the Superpages center by Fair Park), and a much more well known act: Rush. My biggest complaint it just that we were really far away, but then again closer tickets would have cost an arm and a leg.

The concert was basically broken up into three parts, and had video interludes through out. The first part was just an opening set with song from the past, some newer stuff, and a song or two from an upcoming album. The second part was the main reason I was there. They did the entire Moving Pictures album, and that was awesome. Song which include Tom Sawyer, Limelight, and YYZ. I loved it, it was great. The third part started off with Neal Peart's drum solo. That was worth the price of admission alone. It too was broken into three parts: a rock solo, then he played on an electronic drum set that was programmed with different sound effects and such, and the final part was a jazz solo. They also played the song 2112 in it entirety, all 20+ minutes.

Then I started running out of steam on the guys. They played quite a bit more after that, and it was over 3 hours or so. That is more than I can really take of any one band. I had had a enough really. Last thing on the concert: musically the guys sounded great and I really liked it, the problem was that Geddy Lee was having a hard time hitting those high notes on some of the older songs,a nd he tried to over compensate by screaming. That made his voice warble quite a bit.

3rd Concert? Well not quite. A few days after the Rush concert the original lineup of Guided By Voices was playing in downtown Dallas. After two trips to downtown in just a few days, I couldn't get my dander up to make a third one. Especially having to work the next day. I kind of regret not going, as after the concert there was an after party with the band. Plus, I missed Tim DeLaughter (lead singer of the Polyphonic Spree) getting kicked out. Oh well.
Posted by Travis at 9:02 AM