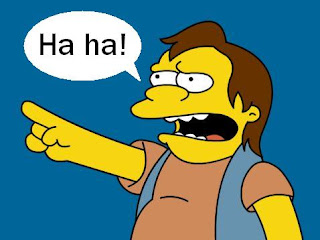 As you all know yesterday was April Fool's and that day always reminds me of my personal favorite prank. I love it because it totally fooled me, and I am usually pretty decent at sniffing them out. It was the early to mid '90s and the Dallas Mavericks were the worst team in the NBA. I was watching the local new station and in the normal newscast they had breaking news. The Dallas Mavericks had just traded for David Robinson. Holy cow! This was a complete game changer. The Mavs just got one of the dominant players in the NBA.

They sold it so perfectly too. It occurred so naturally in the news cast. No one gave it away. David Robinson was in on it to. They showed him giving an interview about the trade and how happy he was coming to the Mavericks. I was almost jumped up out of the recliner with joy. Then at the end of the interviews, Robinson turns to the camera and says, "April Fools!" I would have been mad if it hadn't worked so perfectly. I also think it worked so well, because you weren't inundated with practical jokes like you are now with so many on the web. Plus, it was so rare for a TV station to pull something like that. I found it hysterical.

Well maybe I was a little bitter.
Posted by Travis at 10:37 AM